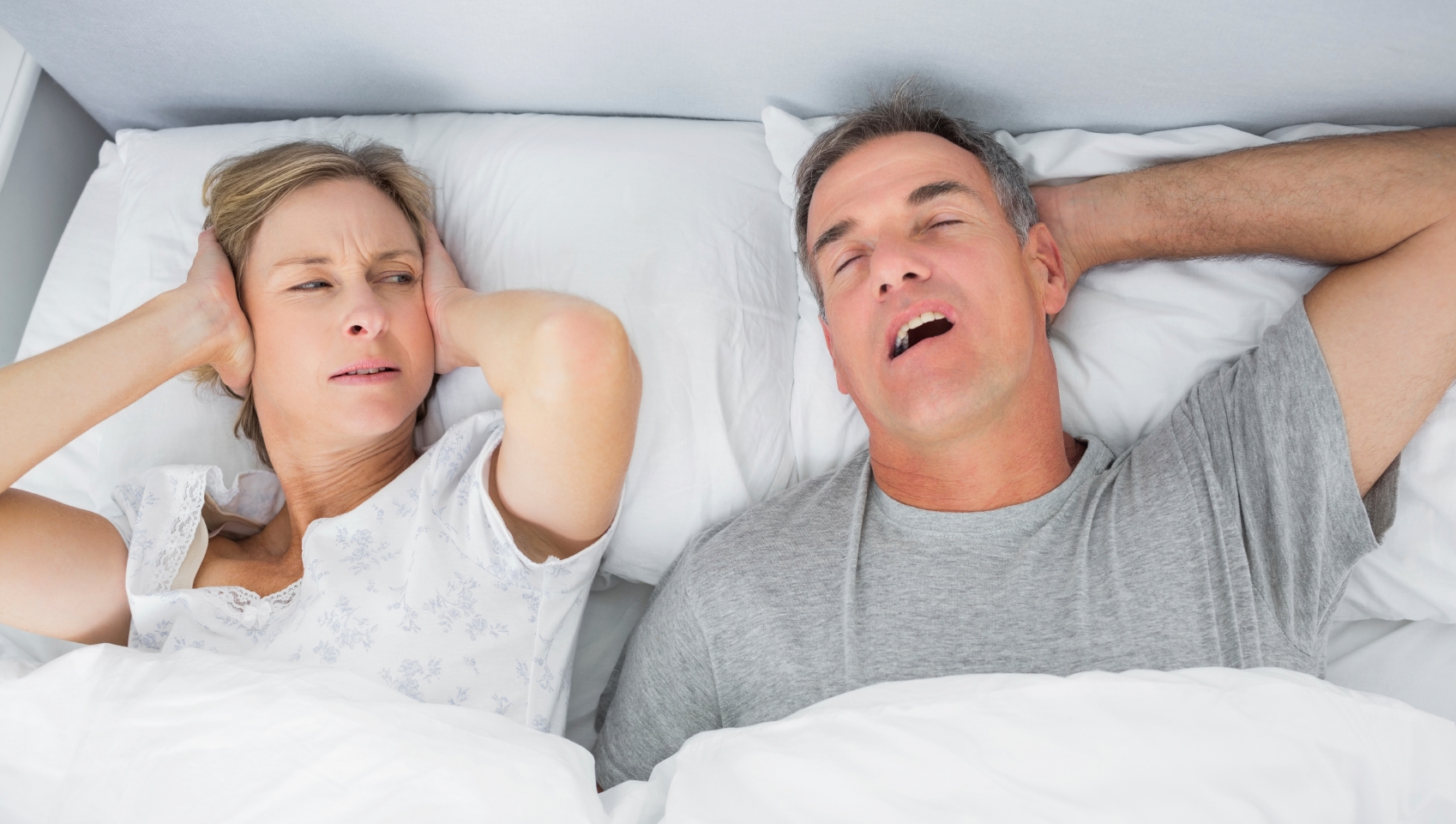 Do you wake up feeling tired even though you should have had a good night’s sleep? You may be suffering from sleep apnea, a disorder that causes you to stop breathing multiple times throughout the night.

These lapses in breath can last anywhere from a few seconds to a few minutes, according to the National Institutes of Health.

Sleep apnea in seniors is more common than you think, but thankfully there are treatment options available. This disorder affects more than just seniors: About 20 million Americans suffer from sleep apnea.

There are three main types of sleep apnea: Obstructive, Central and Mixed.

Obstructive sleep apnea (OSA) is the most common form of this disorder. It affects about 4% of men and 2% of women.

Experts believe only 10% of people with this form of sleep apnea seek treatment, so many people have this disorder and don’t know it – or don’t get treatment for it.

Obstructive sleep apnea occurs when there’s a complete or partial blockage of the airways during sleep. When you fall into a deep sleep, the muscles in your throat relax. This relaxation of the muscles allows the fatty tissue in your throat and/or your tongue to fall back into your airways.

When air is blocked, it reduces blood flow to the brain, which sends a signal to the body that it’s time to wake up and move. That’s when you’ll hear the characteristic snorting, gasping or choking sound just before waking up and turning over.

Once that breath is taken, the brain goes back into sleep mode and the vicious cycle starts again.

Some people with obstructive sleep apnea only wake up a few times a night, while others will wake hundreds of times in just one evening.

There are many possible cases for OSA, including:

Central sleep apnea (CSA) is a form of sleep apnea that occurs when the brain fails to send a signal to the muscles that control your breathing.

In this case, the issue is more of a communication problem than a physical problem.

CSA is less common than OSA. While exact figures are unknown, it is estimated that only 20% of sleep apnea cases are CSA.

Central sleep apnea can be caused by:

CSA is more common in men and among seniors. People with congestive heart failure and atrial fibriliation are at a greater risk of developing this form of sleep apnea.

Other risk factors include:

Mixed sleep apnea, also known as complex sleep apnea, is exactly what it sounds like – a combination of OSA and CSA.

Some people who are treated for OSA with PAP machines develop CSA and continue to have difficulty sleeping despite their airways being splinted open.

While symptoms vary from person to person, most seniors will experience the following:

Sleep apnea can lead to serious health issues down the road.

One of the most common complications is daytime fatigue. In cases of severe sleep apnea, lapses in breath can occur 20 times or more in an hour. That can mean you’re only getting four hours of sleep versus the recommended six to seven hours.

Sleep apnea can lead to difficulty concentrating and extreme fatigue. You may fall asleep during the day, while watching television or while driving.

The fatigue can sometimes lead to irritability and depression.

People who have diabetes are more likely to develop insulin resistance, which can lead to type 2 diabetes.

Frequent lapses in oxygen flow can put excessive strain on the heart and increase blood pressure. OSA can also increase the risk of having a stroke.

Those with heart issues and sleep apnea are more likely to die suddenly from an irregular heartbeat.

Complications with Surgery and Medications

People who have sleep apnea are more likely to develop complications after surgery. There’s also increased concern with general anesthesia and medications.

The treatment for this disorder largely depends on the type of sleep apnea.

The most common treatment for obstructive sleep apnea is PAP therapy, which can be in the form of:

Other treatment options include:

When treating CSA, doctors typically focus on addressing the underlying cause of the disorder.

In the meantime, many treatments used for OSA are also used for CSA, including:

An ASV (adaptive-servo ventilation) device may also be used, which monitors and adjusts airflow through the mask to the person’s natural breathing patterns when awake.

Medications may also be used to treat CSA, depending on the cause of the disorder. Common medications include theophylline and acetazolamide.

Treating mixed sleep apnea can be a challenge. CPAP and BiPAP machines are currently the most commonly prescribed treatment options.

If you’re experiencing any of the symptoms of sleep apnea, talk to your doctor right away. Sleep apnea is considered a serious medical condition and should be treated as soon as possible.